How are you all? I thought I should keep to my promise of not leaving such a long gap between blog installments lest you forget who I am 🙂

I’ve had a productive couple of weeks or so. I’ve got a tendency to hibernate in the Winter so I’ve been trying to force myself out and about. After moving back to Sarnano (it was 3 years last month since I had to move out of my house following the earthquake), I haven’t really made an effort to integrate with the locals so, in an effort to resolve that I’ve initiated Operation Integration.

As my first action, I’ve joined Sarnano’s Universita’ del Tempo Libero (‘University of Free Time’ – it used to be called the University of the Third Age but it appears nobody likes to be considered third-aged). It’s 80 euros and then I can attend all of the embroidery and crochet courses a girl could ever dream of! On Monday’s there’s yoga and a sort of general exercise course that I went to for the first time this week. I’m not convinced of their flexibility and calorie burning potential but they’re good value and probably perfect given the average age of the class (third-aged).

I thought perhaps I could offer my services as a watercolour teacher for the ‘University’ at some point or at the very least I was wondering about setting up a sort of Art Club. Watch this space. I’ve just finished teaching the last batch of watercolour lessons in Piane di Falerone, a little town about half an hour drive away. The students are lovely and seemed keen for me to continue but I’ve requested a break for a bit so I can concentrate on my own artistic projects. So far so good; I’m trying to do a portrait a day based on the things that have been going on in the news. It’s been fun trying out different techniques and styles – I can definitely see some improvement and it’s only been a couple of weeks so I’m hoping it keeps going in that direction! Here are some of the latest sketches 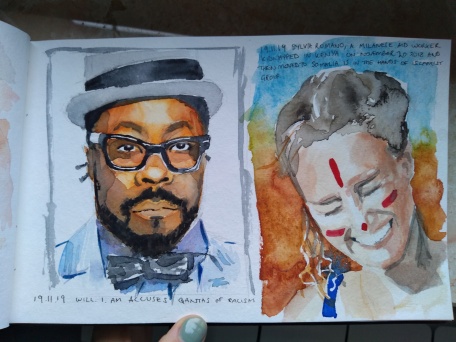 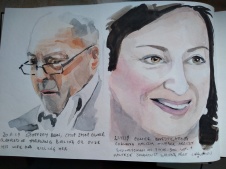 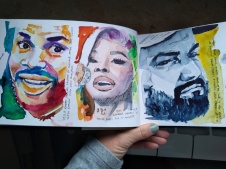 As part deux of Operation Integration, I’ve also joined the choir in Sarnano. I’ve only had one session with them but it seems like a good group and it’s not all church style music which makes a change from many other choirs in the area. In fact, we’re working on ‘Goodnight Sweetheart’ and ‘A kiss at midnight’ so definitely not churchy.

In other news, I’ve been trying out a ‘cure’ at the local spa. The spa moved from its original location a while back after the earthquake and they’ve done a grand job. The original location was lovely – very elegant with lots of grounds that were well maintained but it was built decades ago and perhaps a bit functional looking inside. The new place is brand new and is much more what we English people would consider a conventional spa. It’s even got an outdoor pool. There is now marginally less focus on irrigating various orifices, with a whole relaxation suite downstairs where you can have a massage and use the jacuzzi area. They’ve pumped the healing waters up to its current location about a km away from the original spa. My particular ‘cure’ (prescribed by the doctor no less) is designed to unblock my nose following several weeks of having a perpetual cold. It consists of me breathing, in a relaxed fashion whilst having steam blown in my face for 10 minutes. Then there’s a short break and then some tubes are inserted up my nose for a further 10 minutes whilst I breathe in more steam (cold this time). This of course isn’t just any steam but healing steam from the spring waters. I’ve got some action photos but I’m afraid to post those here in the event that if I die or go missing, they will be the ones selected for the newspapers so you’ll have to make do with a picture of the equipment itself and use your imagination. 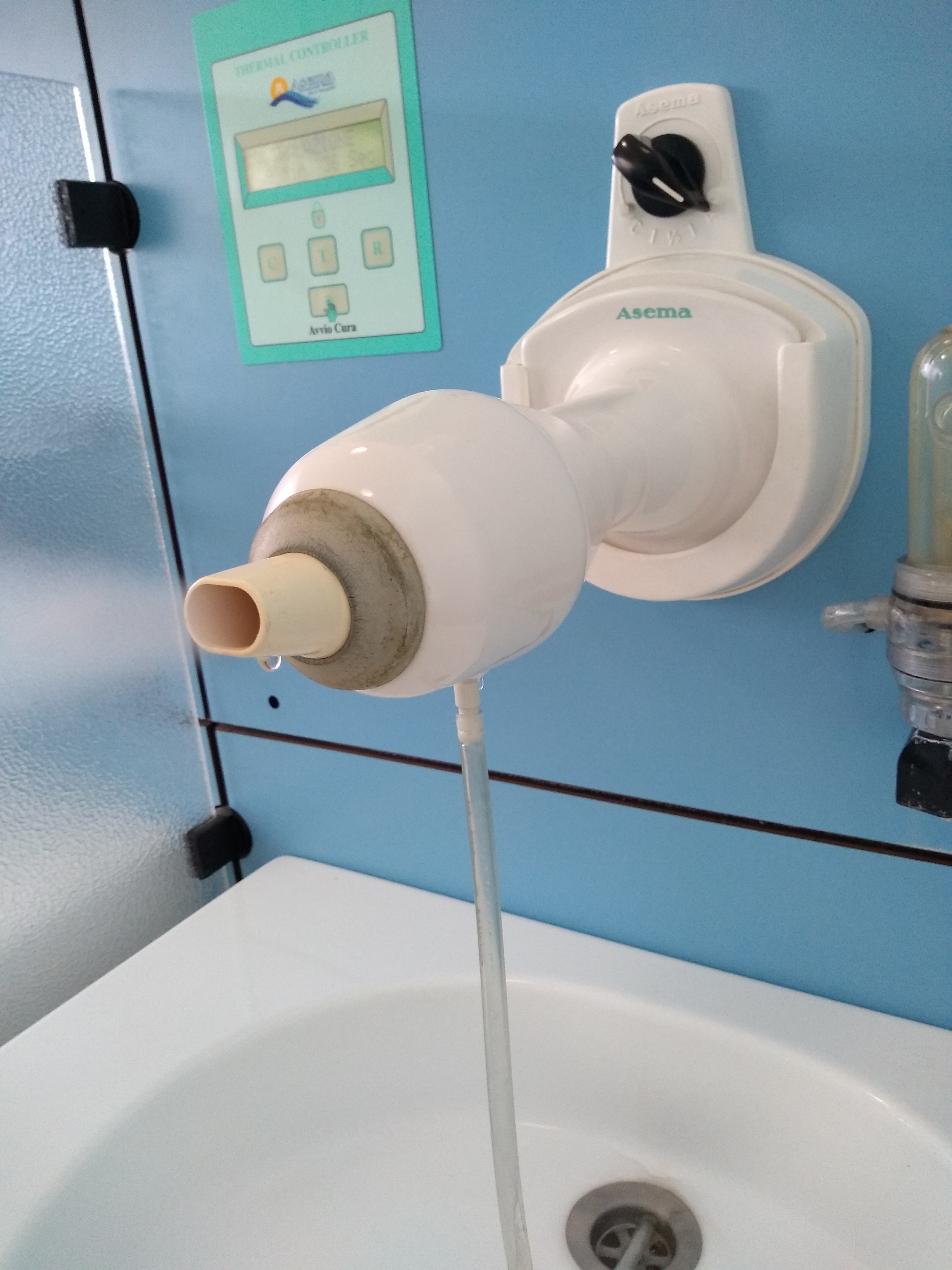 Anyway, you might detect some skepticism but actually my nose is potentially less blocked so I stand corrected. If anyone is in the area and has a blocked nose, I recommend trying it (if nothing else, it’s quite amusing). For any Italians confused reading this: Spas in the UK are pretty much pleasant places you go to willingly (rather than often with a doctors prescription) to have a massage, a swim and a steam/sauna and perhaps get your nails done.

I think that about sums up the last couple of weeks. I hope you’ve had a good couple of weeks too. I’ll leave you with a couple of photos from my morning walks, we’ve had some good sunrises!

I hope you’re all well! I’m utterly terrified to announce I have created a new blog called ‘A Painting Occasionally‘. I’ve spent a lifetime wanting to be an ‘artist’ and yet, I’ve been too much of a wimp to show anyone my work. To  be honest, the website still needs some fine tuning but if I delay anymore it just wont ever happen!

Due to the earthquake, I’ve had to move to a new apartment. It’s going well and I’ll update in the next few days but one of the positives to come out of it all is having a new artist buddy / landlord on hand to go on field trips with and having a lovely new area to explore.

So the blog is really just a way of charting my progress and hopefully motivating me to improve. I’m still trying to find my style and getting used to new mediums. At the moment I’m in a watercolour phase which is surprisingly tricky!

Anyway, this is just a quick update to point you to the new blog and if you want to receive painting updates, please ‘follow me‘ on that blog.