Following on from Part 1 of the road trip….the next couple of nights of the trip were spent in Monopoli but we had a couple of ‘cool’ stops getting there and a great time the next day checking out a couple of well-known towns. So…

Day 2: Head to Lecce. Lecce is a large historic and important city in the region. It’s got an ‘old town’ with a lot of limestone baroque architecture and an old roman amphitheater. To get to the old town though there’s a regular city like any other – a bit chaotic. We found a good sized park with fountains which made for a good lunch spot. We also popped into a Papier–mâché sculpture shop – in Lecce they have a tradition in making very delicate, ‘origami-like’ painted figurines. The woman in the shop told me how her family had been making the sculptures for generations and it seems to have originated out of a need to keep the statues used in processions light weight. Anyway, not my style but very impressive and you can see the craftsmanship involved. I didn’t take any photos unfortunately, but have a look at this great little website to see how they make them.

Tip: Parking in Italy is becoming quite a hassle if you don’t know your number plate. They really don’t like the idea that you could do a good deed and hand your ticket to someone else if you haven’t used up all your allotted time. No no, you must enter your number plate. Or some kind of variant of it. Even many Italians can’t work out how on earth to use these parking ticket machines. Anyway, make sure you make a note of your number plate otherwise you won’t stand a chance and you’ll waste an inordinate amount of time traipsing miles between your car and the ticket machine (ITALY: HAVE MORE WORKING PARKING MACHINES!!!!) 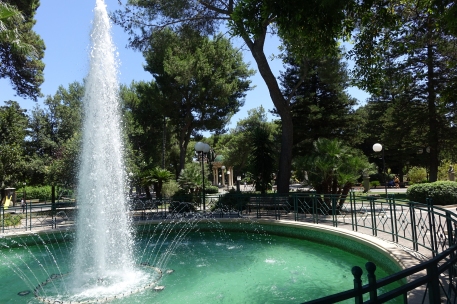 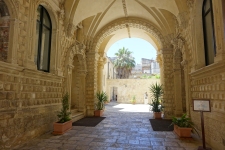 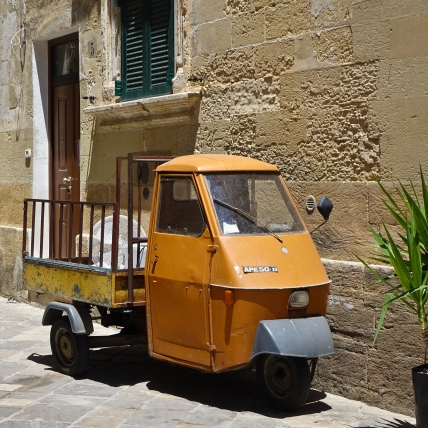 Next…..Look at naked men at the Riserva Naturale Torre Guaceto. After a while in the car leaving Lecce, we thought we’d have a quick walk and maybe a swim at this nature reserve. However it turned out to be an exhausting 3 hour walk in what must have been 40 degree heat! Head to the beach though and you can walk along it to the tower (amidst the occasional naked man!) and the most amazing hideaways made of driftwood. For fellow seaglass fanatics, there’s a lot here 🙂 On the way back, I just don’t know what to suggest. If I were you I’d walk back along the beach. The alternative is to do what we did which was to walk along parallel to the superstrada (Super Road – isn’t that a lovely thing to call your road?) which I’m sure was a lot longer and less interesting than if we had returned along the beach! 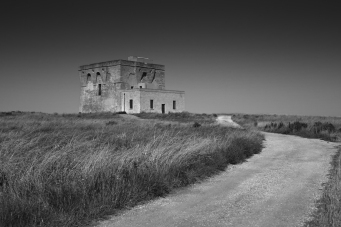 Finally, drive to the Santo Stefano campsite in Monopoli. Camping Santo Stefano is a lovely campsite with its own private little secluded beach and I think a lido but we didn’t have time to explore that unfortunately. I understand there are some ruins near to the campsite too. I think you could spend a week in each of our campsites and not run out of things to do. It’s a shame we didn’t have more time! These are some photos taken at the campsite… We had a lovely morning swim there before heading off the next day.

Tip: At the campsite they will ask you how many hot showers you would like! It seems a bit surreal – you get a card with the number of your allotted showers! I think it was 50 cents for a shower. There are free “cold” showers which are actually reasonably warm because it was just so hot but they’re out in the open air so unless you’re a confident sort, I’d pay for the showers. 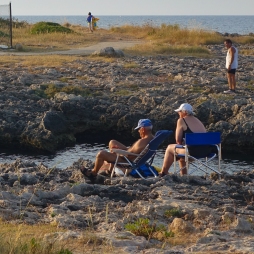 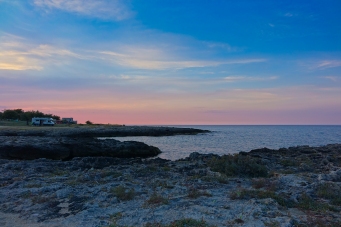 Day 3: Head to Alberobello. It takes about 30 minutes in the car. If you’ve seen documentaries about Alberobello, then forget them entirely as the drive in will be depressing. Alberobello looks like a completely bog-standard town.  Once you park up and start walking around you might see a ‘trulli’ or two but it’s still a bit of  a disappointment. Alberobello is known for it’s ‘trulli’, little white houses with conical roofs made of stone. After a few minutes of wandering around I was beginning to think I’d been a bit misled by the images I’ve seen! However, then we turned a corner and there were just hundreds of them – a little trulli community! Amazing…   A lot of the trulli have been turned into shops selling local produce, textiles and oddly, millions of whistles which turned out to be a symbol of good luck. 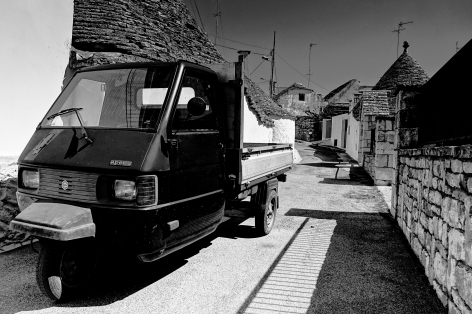 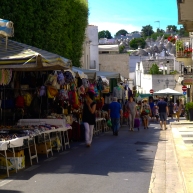 When you leave Alberobello, head to Matera, an hour or so away. This was another massive disappointment initially. The documentaries don’t ever give you the impression that you have to search around for a while first before you find these things! Anyway, as the saying goes, don’t judge a book by it’s cover: park up and head towards the old town.  Matera is an old city in Basilicata (not Puglia). It’s known as the ‘subterranean city’ and is famous for it’s ancient town called Sassi, which are houses carved out of the rock.  It’s very interesting and very beautiful! 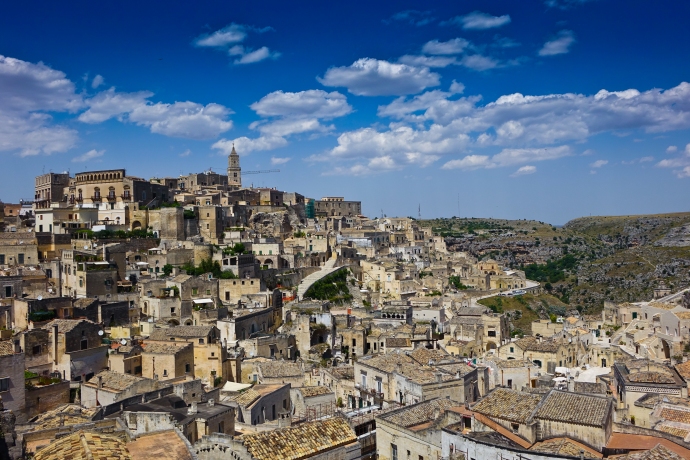 Tip: Do not wear flipflops. You’ll need shoes with grip. In fact, almost all the towns in Puglia are a bit treacherous with their shiny marble-like floors but in Matera I actually had to walk bare foot on the scorching pavement to avoid constantly falling over.

Head back to the campsite armed with BBQ equipment and find a gap on the beach to chill out for the evening and look at the stars.

Next up, exploring Polignano a Mare and the Isole Tremiti…

5 thoughts on “The Great Puglia Road Trip Part 2: Around Monopoli”