I am thrilled to report I had an amazing holiday in Puglia – it has to be one of my favourite holidays. On the Monday I picked up my friend from the airport in Ancona and we headed seven and a half hours south towards Leuca, the very bottom of the boot of Italy’s heel in the beautiful region of Puglia. Puglia has been on my Bucket List for ages and we only had six nights to fit in everything I wanted to do. Truth be told, it was more of a frog march than a vacation but I did schedule in some relaxation time so that’s ok I think? Anyway, I liked our little trip so much I’m going to write it as an itinerary for anyone wishing to do a similar thing. We camped, which is not as popular in Italy as in the UK, but we stayed in some lovely campsites

Puglia has a completely different feel to it than the Italy I’ve come to know. The landscape is full of ancient olive trees, cacti and bright flowers growing out of red earth. It’s completely unlike my very hilly, mountainous green part just a few hours further north. 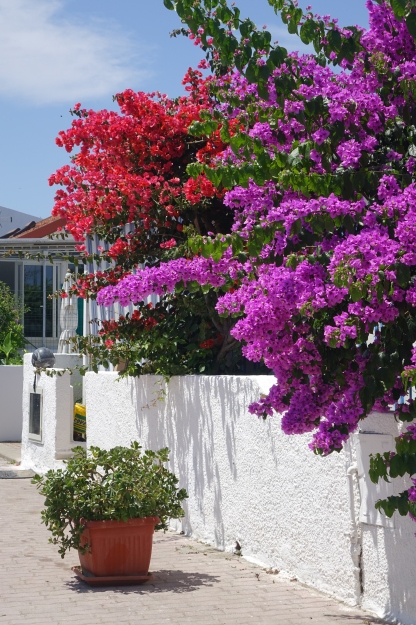 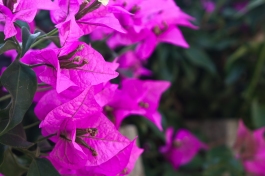 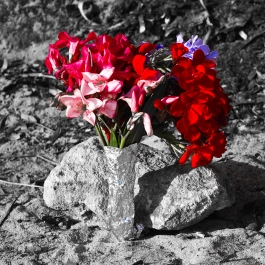 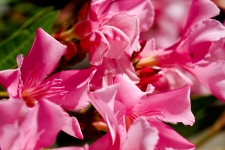 Day 1: Explore the coast around Pescoluse

Stay in a campsite called Grotta Pescoluse. It’s a nice little campsite set a kilometer or so from the beach. You can camp among the trees and there’s a large swimming pool and bar/restaurant area which we didn’t get time to make use of. You can walk down to the beach in half an hour or so (the walk back is a bit more tiring because it’s uphill).

Tip: Beware of the ants. There are many of them. Some campers sprinkled talcum powder around their pitches because ants don’t cross lines of talc!  And always have toilet paper and soap. For some reason in Italy, they don’t feel like they can stretch to providing toilet paper or soap in any of the facilities. Though in this campsite, they did provide a suspicious looking hose attached to the toilet (some sort of personal irrigation system?)

Drive up the coast to Porto Trecase. Trecase is beautiful and has an interesting history.  Puglia has quite a rocky coastline. The water is so crystal clear that you can see down to the seabed. Trecase has a little beach. Follow the coast around to see some kind of old fortification and then you’ll see puddles of salt where the sea water has dried. The sea seems to be very salty in Puglia – it seems quite difficult to sink (which is great until you want to dive down with your snorkel!) Anyway, I recommend a dip here before heading to the next ‘cool’ swimming location. 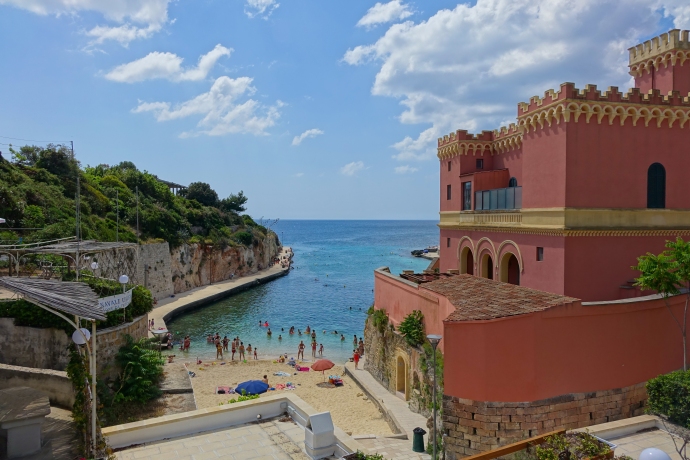 This was the view walking down to the little beach from where we parked the car. 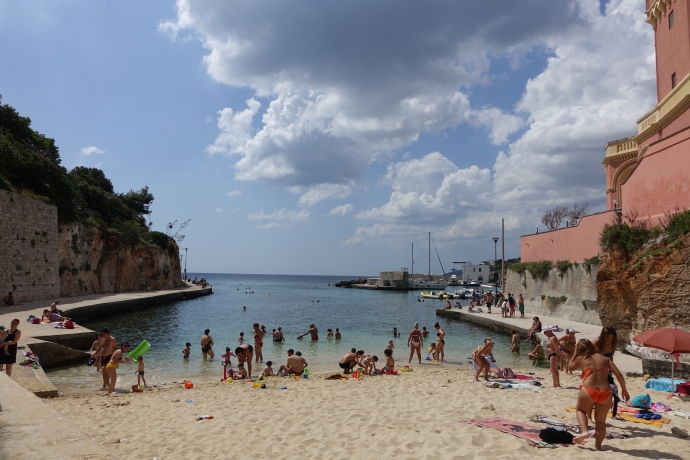 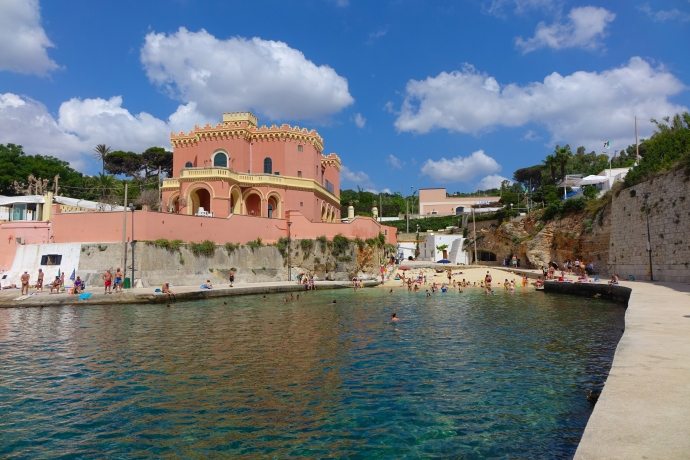 Looking back at the beach. They had this odd little fort type structure – this one looked like it might have had guys inside with guns (bows and arrows?!)  back in the day. 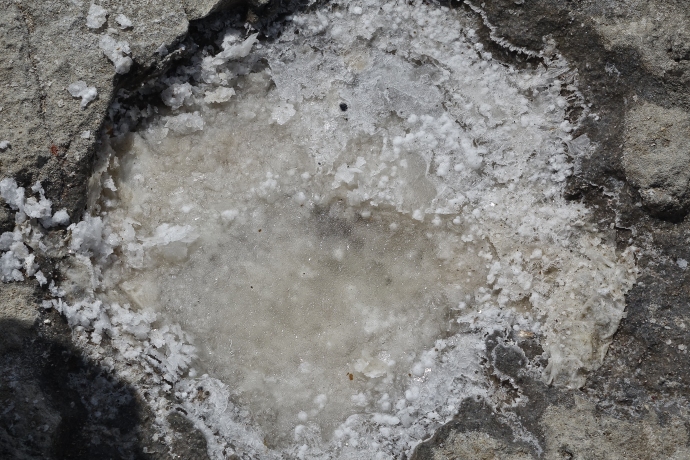 And lots of salty puddles.

Snorkel at Grotto Verde.  I think this has to be one of my all time favourite places in the world. I was actually searching for another coastline grotto (cave) but we couldn’t find it, and because we were melting  in the heat, and had seen a bunch of people in swimming costumes hanging around a little rocky outcrop we decided to have a swimming break. Grotto Verde just looks like a bit of a sheltered little rocky bay. However, when you get into the water you’ll see that you can swim into the cave – it’s dark but you can just make out a gap on the right hand side where there’s a narrow passage that takes you into another cave. This next cave is AMAZING! At first we thought it had been artificially lit from underneath, in fact on further inspection with a snorkel, the light is coming from a couple of feet under the surface – an underwater link to the outside. Have a look at the link above and check out the photos on Trip Advisor!

Tip: Get a snorkel to enable you to see the submerged rocks and avoid nasty scrapes, and besides it’s so pretty under water, it’s like another world. I also suspect you can swim from the “lit” cave to the outside. However, much to my annoyance I chickened out – it was a bit difficult to tell how long the underwater tunnel was (2 metres?) and besides, I kept floating making any underwater swimming a challenge!

Drive along the coast to Otranto… stop often to take photos. These are some of the photos I took on the way. 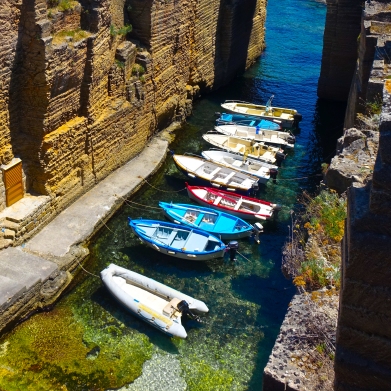 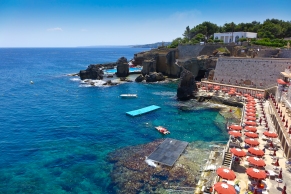 Have lunch and explore Otranto. Otranto is a lovely little village on the coast, complete with castle. Puglia seems relatively well fortified with a number of “torre” (towers) overlooking the coastline. To be honest, I would probably have invaded Puglia too, it’s just so pretty! In Otranto they do Ape tours (pronounced Ah-pay, it’s the Italian word for bee). Apes are cute little three wheeled motorised buzzy things. In my opinion the tours were expensive so we didn’t do it but you probably get to see lots. 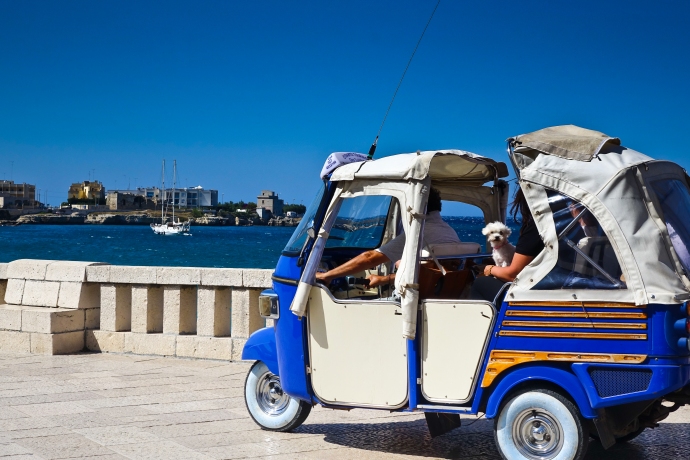 This dog seemed to be having a great time

One of the large piazzas by the sea. 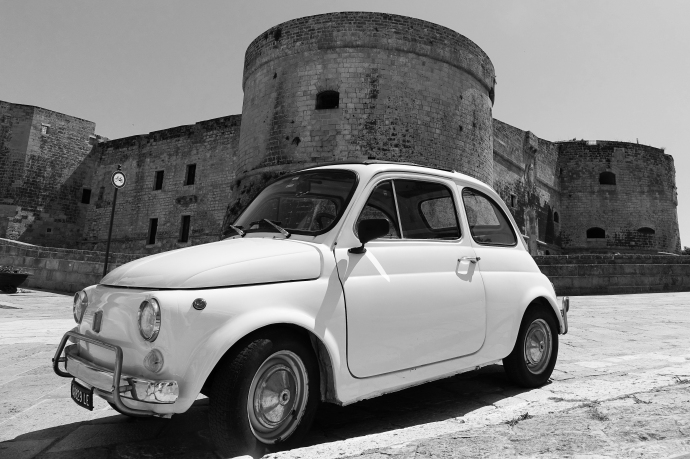 The Car & Castle. I think that would be a good pub name. 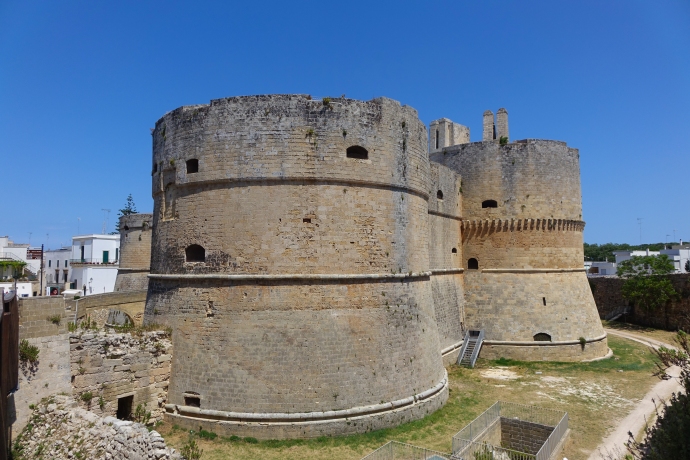 And the castle again. They are showing the Steve McCurry “Icons” exhibition there at the moment which I highly recommend (but I’d already seen it in Forli earlier in the year).

Tip: Go inside the church in Otranto and marvel at the really weird and epic mosaic on the floor. I particularly like the deer with a human face sprouting some sort of vegetable from his mouth. 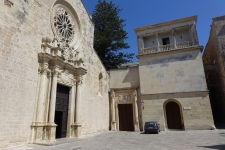 Head further up the coast to Roca Vecchia and the Grotto della Poesia. There are no signs to it so best of luck trying to find it. Basically go up the coast until you see lots of people walking along the side of the road and stop there and follow them! Roca Vecchia is an archaeological site with old stone buildings from the bronze age. You can just about make out the ruins without going into the confines of the site (which was closed of course!). 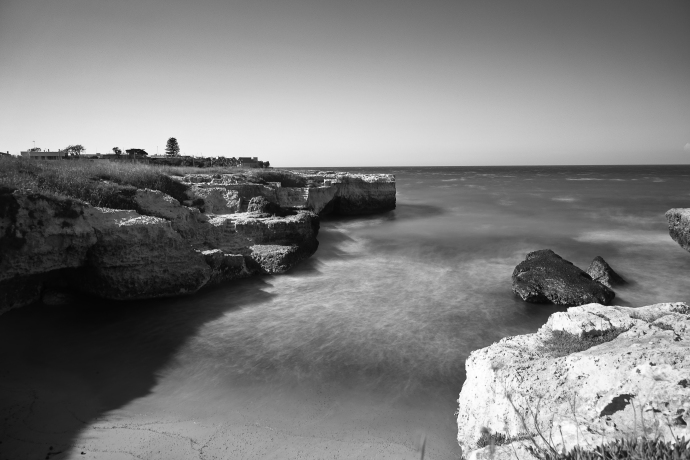 Grotto della Poesia is a couple of hundred meters south of Roca Vecchia. It’s another cave which you enter by jumping into about 3 meters or so of water (or walking down to it from the side – but that’s boring, eh?!). The only problem here was the audience! It certainly means you can’t faff around at the top debating your jump because there’s a queue behind you and dozens of people watching! It was quite exhilarating though and it gave me a buzz for the rest of the day 🙂

This was the jump and accompanying audience!!!

Tip: Don’t park your car at the side of the road where everyone else is parking their car. It’s a trap – you’ll get a fine!

Go back to the campsite in an exhausted heap and then walk to the beach with everything you need for a BBQ and a night swim! 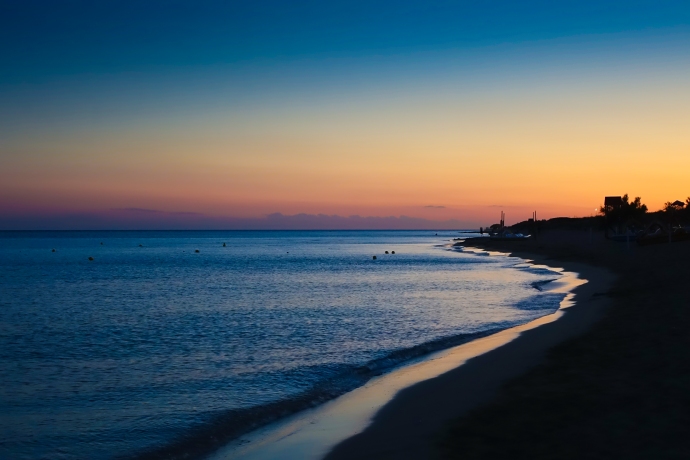 Here the beach is sandy and the water is warm. It’s like just walking into a warm bath! It’s just lovely!!!! 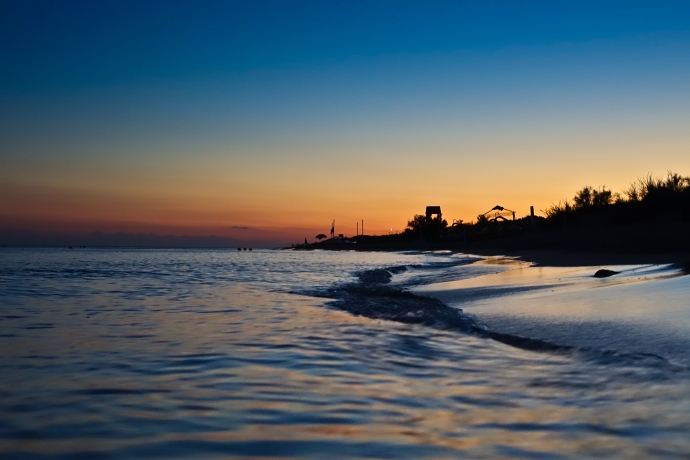 So that was all in Day 1. If you have more time, you might want to space it out a little and spend a bit more time in each location!

Tune in for the next post covering off Day 2 and 3 in Monopoli, Lecce, Torre Guaceto, Alberobello and Matera.

13 thoughts on “The Great Puglia Road Trip Part 1: Investigating the coast around Pescoluse”