How is everyone? All good here. Various bits and pieces going on but I still feel like I’m missing a life plan! Anyway, updates below but I’ll start off with a bit of real estate… 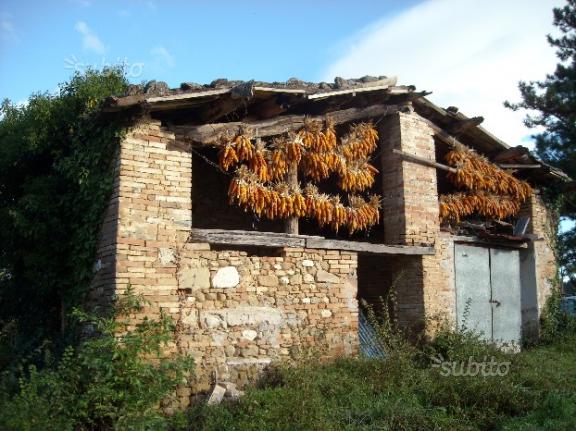 I don’t know if the sweetcorn comes with it but I think it makes for a lovely rustic room divider/fly screen!

As you can see it’s a bit rustic and requires a bit of work but it would make a lovely home once renovated and it has an amazing view of Sarnano and the mountains. It’s in a peaceful, rural little area called Colleciccangelo just on the outskirts of Sarnano. There’s actually two buildings and an adjoining courtyard included in the price (40,000 euros, negotiable). There’s lots of potential and if anyone is interested, there’s even a proposed plan for the property. Great investment potential. For anyone wishing to see more photos and/or to test their Italian, have a look at the advert here!

In other news, SPRING IS HERE!!!!! It’s been lovely. I’m so pleased! I’ve been a bit more inspired to go out and take some photos too. I have attached proof of “Spring” below… 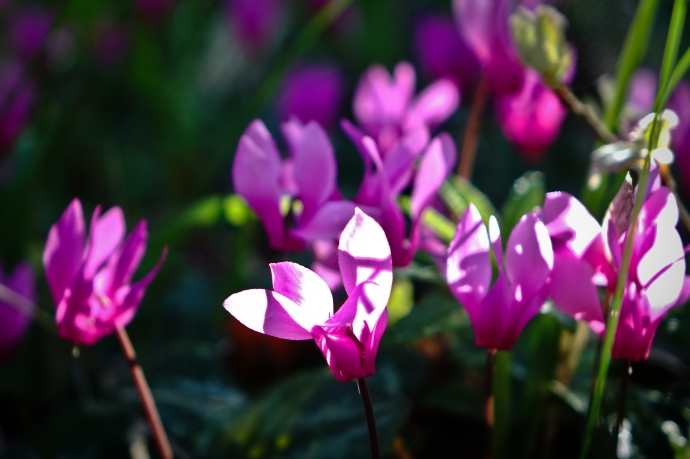 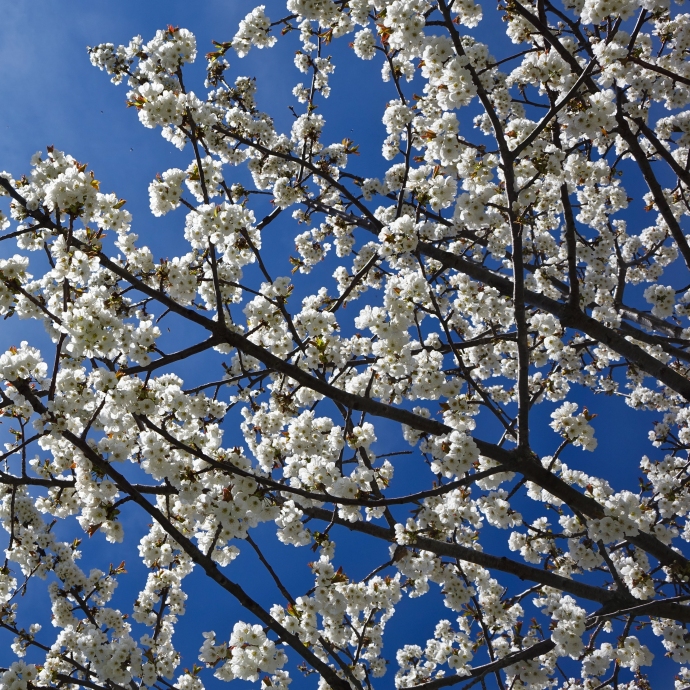 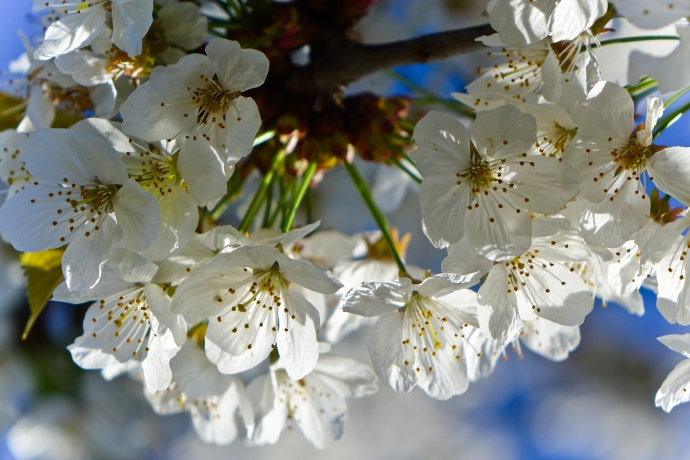 I’ve discovered a lovely little restaurant called Il Sigillo in Camporotondo with a newly discovered ex-pat too. It was a really nice little restaurant in a quaint little town and it was surprisingly empty. They do a vegetarian tasting menu so I’m hoping to try that one day. Interestingly, the word the Italian’s use for “tasting” in their menus is degustazione which to me, sounds too similar to disgust to make it an attractive option. In a similar way, I find it very difficult to buy a packet of arachidi which means peanuts, but sounds like you’re buying a bag of spiders. Still, I’m glad I’ve found a new restaurant to supplement my tried and tested “Scherzi a Parte” which  all my guests get taken to at one time or another.

I’ve been cycling almost every day and at the weekend I cycled 16km! SIXTEEN! Which I know many of you will probably be thinking is absolutely nothing but it’s akin to a marathon for me! And it’s very hilly where I live. This whole exercise debacle means I’m permanently aching from head to toe but I think I’m getting better.

In other successful news, I also discovered that you can walk all the way around Lago di Fiastra (the biggest reservoir in Le Marche), a feat I’d previously thought was impossible because of lack of pathways. Despite going off the beaten track a couple of times, it’s not impossible by any means. The lake is beautiful. It’s crystal clear and I used to enjoy swimming in it up until earlier in the week when my friend told me that it’s dangerous, full of whirlpools and there are nameless things the size of dolphins in there. I have googled and I can’t find any evidence of these claims. Nevertheless, it seems less of an inviting prospect now!!! I did take some photos though. 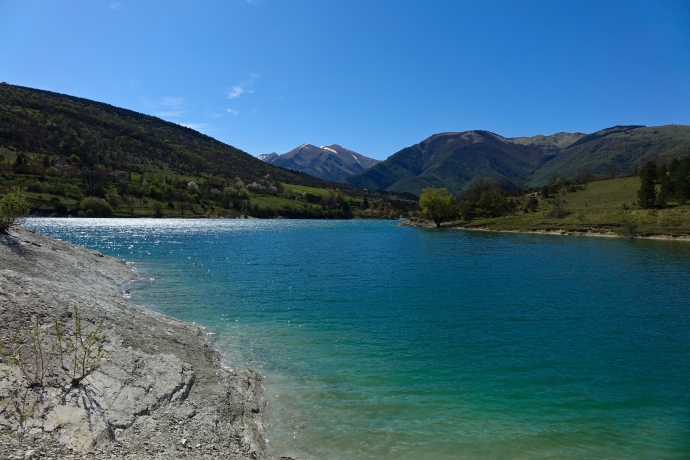 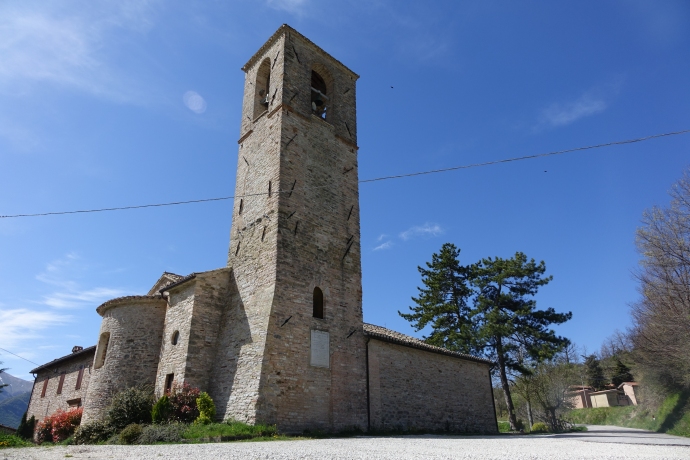 I would just like to say how annoying I find power lines in this country. It’s one of the most beautiful places in the world, and they stick power lines everywhere. 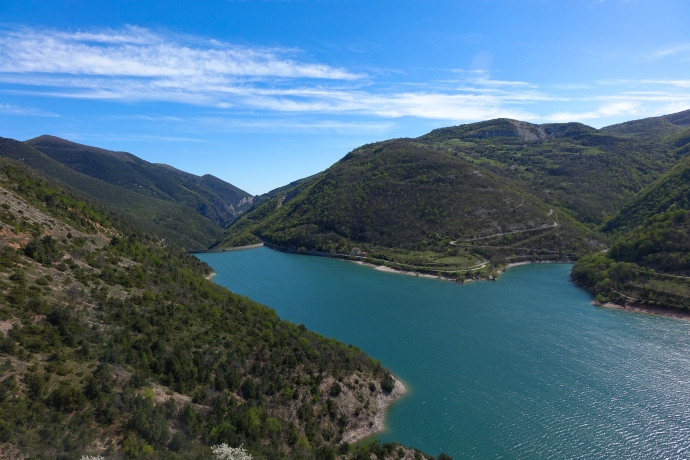 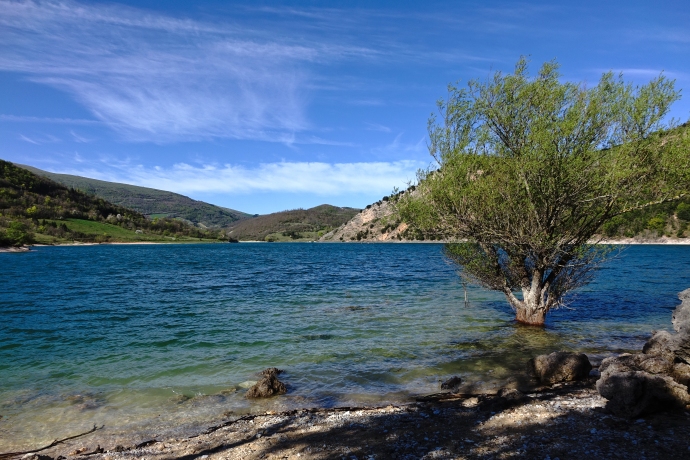 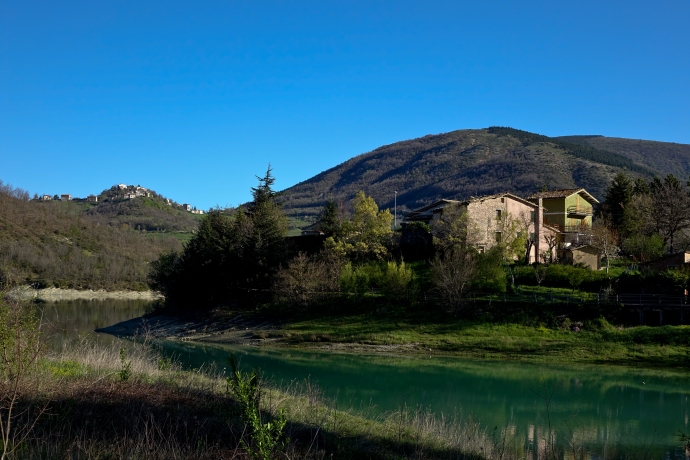 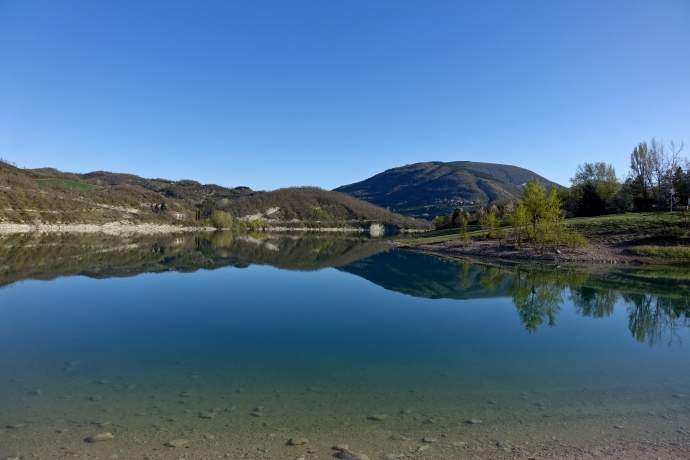 Another highlight of the week was “Occhi negli occhi”, a piano and string quartet concert that was held in San Ginesio’s theatre (San Ginesio is one of the nearest towns to Sarnano where I live). The pianist and composer was Fabio Capponi. The music was brilliant, as were all of the musicians. Click here for one of the songs that I think was recorded whilst I was there. I was inspired enough to buy the CD and now I’m annoyed that I can’t find the sheet music anywhere to be able to play it myself! I’m hoping he’ll be famous soon so it will be downloadable. San Ginesio’s theatre was beautiful too – a lovely venue. As a “Sarnanese” (someone from Sarnano), I’m supposed to hate San Ginesio, a tradition going back to when all little towns in Italy seemed to be at war against all the other little towns, but I must say, their theatre definitely wins the “Dinky and cute and nicely decorated” award!

I think that about sums things up here. I hope everyone else had a good week 🙂

9 thoughts on “Barns, bags of spiders and lake dolphins…”