This week’s blog post will be short as I’ve not been up to much other than the usual. It’s the “Carnevale” period in Italy at the moment which means quite a few street parades etc. though I’ve not seen any yet. Hoping to go and see the Carnevale in Fano tomorrow and I’ll of course report back next week, I’m quite excited about it! Meanwhile, I’ve been having fun with the art stuff. I’m really into this beach recycling business at the moment and making things out of driftwood, sea glass and pebbles. I should do more paintings – I think it might be more lucrative but it’s not quite as amusing as my other projects so I’ve been slacking. Here’s some of my efforts in the last week or so…

My house, in the middle of my street…. (is that how the Madness song goes?!)

Sea glass and pebble tree (this has a glass front – it kept getting my reflection so I took it from a distance but then the quality as a result is poor! Does anyone have an ideas on how to do that?! I want the frame in the photo but I can’t take the glass out on this frame to take it without) 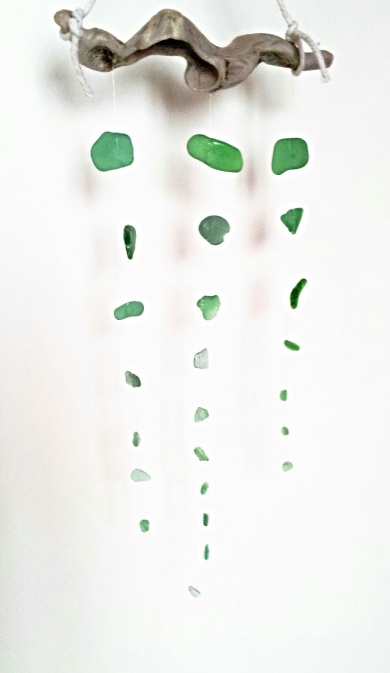 On the portrait drawing front, I’ve hit a brick wall (which I’m intending to bulldoze soon). I don’t seem to be able to do a reasonable looking portrait in less than an hour and twenty minutes. The problem is in the shading, it seems to take me ages. HOWEVER, I have found a new technique which looks very promising called “Dry brush” and it’s a lot quicker. It’s basically using oil paint but a tiny, tiny bit of it. However, it’s really poorly documented. If you “Youtube” it, you’ll see some artists that have posted speeded up videos of them doing the portraits but it’s really not at all helpful! It’s not really the drawing bit that I have the problem with (though these are incredibly talented artists – it’s very clever!) – it’s the bits that don’t happen on the canvas which you can’t see that I’m confused about. The pioneer of this technique seems to be Igor Kazarin and he goes to great lengths to explain the technique but it makes absolutely no sense at all so I’m no clearer. My first attempt was blotchy and horrid. Anyway, I’ll experiment more with it this week.

I’ve been doing a few inspiration stones… this one of Stephen King’s is my favourite!

Finally, on a non artistic front, I’m seeing a couple of houses tomorrow to maybe buy so I’m really pleased about that – it’ll be interesting to see what I can get for my money here.

Anyway, that about sums up my week. Hope you’re all well!