How is everyone? I’m pleased to report that I’m doing well! I’m finally feeling settled.

I have bought a car! It’s a little nippy Fiat Panda like my old Nanmobile. It’s called Nanmobile 2. It runs off methane! METHANE!!!! Imagine!!!! My experience of methane comes from scientists years ago worried about the effects of global warming caused by the release of methane from cows. However, in Italy they run cars off the stuff (I was half expecting the methane filling station to be overrun with cows but not so). And it’s great! Rather than spend 50 euros on petrol, I spent 10 euros for the same miles per gallon. Bargain.

The car buying process in Italy is an exemplary demonstration of Italian bureaucracy  – at its worst though. It’s also not easy to find a decent car, or certainly not in the area where I live. I have ‘brain dumped’ my lessons learnt here for anyone interested in buying a car in Italy! On a less specific car purchasing experience front, my nerves are only now getting back to normal after what has to be the most stressful car buying experience ever. Alas, my mother/editor has warned me about ‘ranting’ on this blog on more than one occasion so I shall leave it there 🙂

I have enrolled in a zumba class! I’m on a mission to try and be svelte and fit at the moment. I’m exercising lots and eating healthily(ish). However, since my mission started a fortnight ago, I have put on weight. It really is very annoying. Anyway, Zumba is amusing. Generally I seem to sort of chuckle my way through getting all of the moves wrong whilst everyone else seems to do it all with serious looks (which usually makes me chuckle even more!).

I have also signed up to do some teaching. As many of you will know, I dislike teaching. However, I’m actually excited about it this time around. I’m going to be teaching adults as part of a set of courses for “l’universita’ del tempo libero”. But because they pay a pittance, I get to go on as many of the other courses as I want free of charge. I LOVE COURSES! I’m going to do them all!!! Well maybe not ALL of them but I’ll try. I’ve also signed up for an online drawing course and of course there’s still my nude person drawing class starting at who-knows-when in November to look forward to.

It’s absolutely freezing here at the moment. The house needs a bit of warming up so today is going to be this years “stufa” (wood burner) inauguration day. I’m really looking forward to it but unfortunately I only have about two weeks worth of wood left at the moment to last me for the next few months.

Here is the evidence… 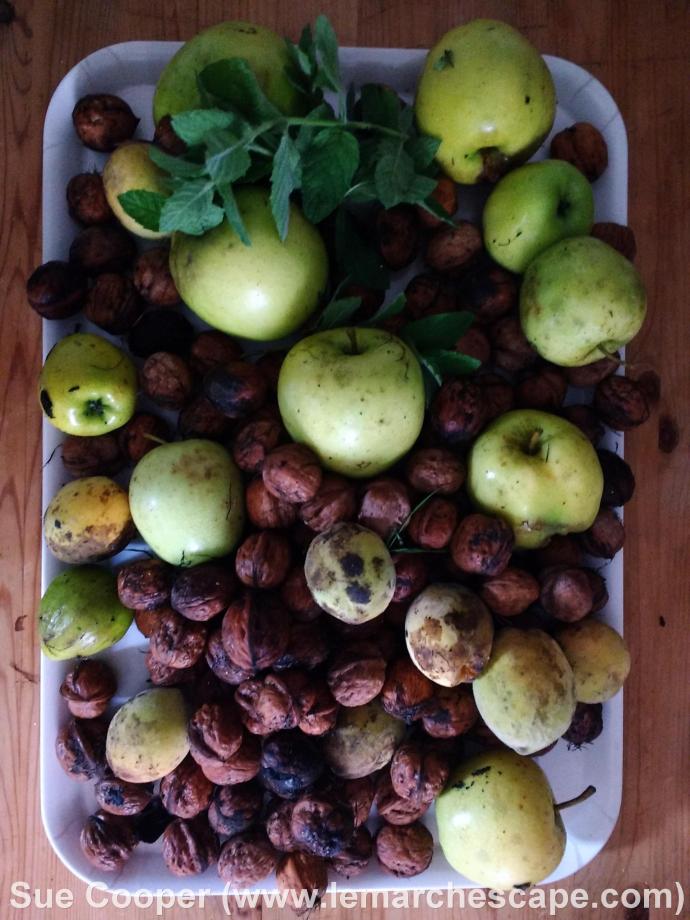 So I have discovered several walnut trees and a hazelnut tree near me and a sort of abandoned apple and plum tree. And the green stuff is called mentuccia (a sort of minty oregano). It took me hours to shell the walnuts. I was just getting to the end when my neighbour gave me a million more. I made a hearty apple & plum crumble with the rest. There’s something cockle warming about foraging I think. 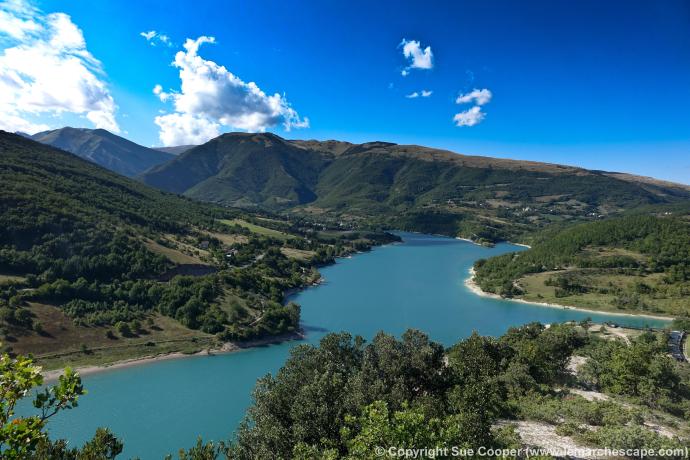 This is Lago di Fiastra taken from a new angle for me – I’d never been to this side of the lake before a week or two back. 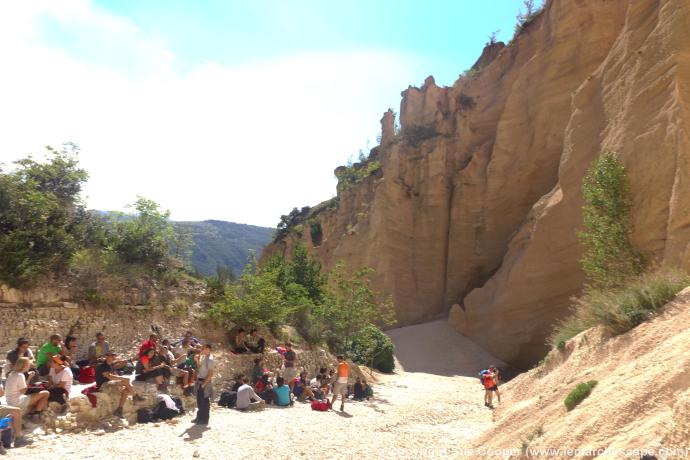 This is the Lame Rosse. I went on a great organised little hike to it with a group from Jesi 🙂 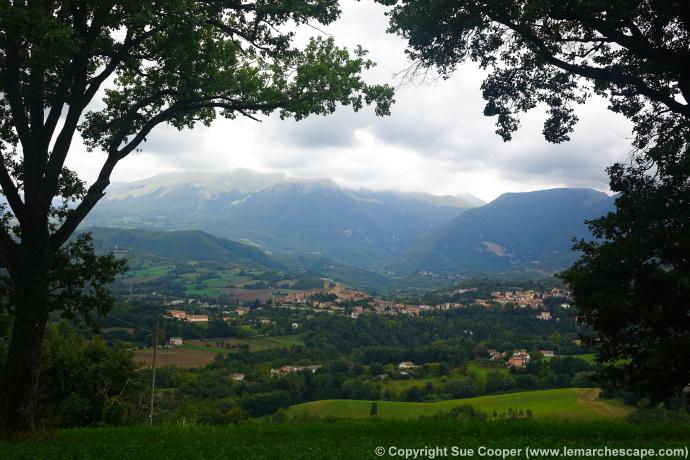 And I found a new walk from the house with some great views of Sarnano and the mountains.

And THIS little church was built on top of this rock in Roccaporena where Santa Rita used to go regularly to pray. From what I can tell, Santa Rita is famous for such miracles as having spineless roses that never die and a slow-aging corpse.

And this is the church in Cascia where Santa Rita lays in a glass box. Not wishing to cast doubt on the slow-agingness of the corpse, but I would have found it useful to have a regular corpse aside her for comparison purposes. 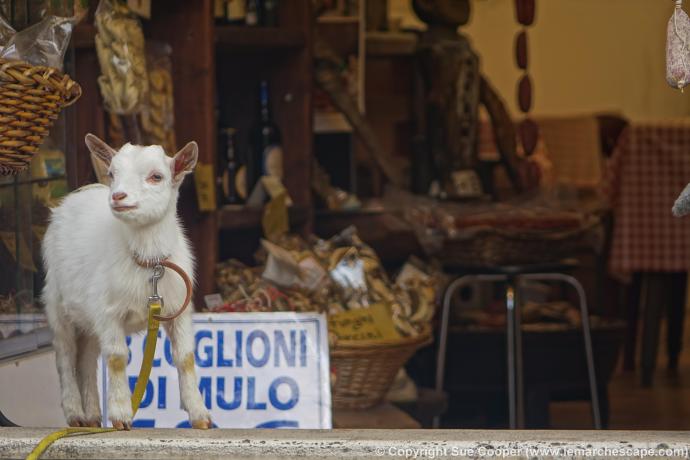 And look at this little goat from Cascia! Cutie. Though I do worry about the ethics of a chained up goat gimmick.

And this is the main piazza in Cascia. It was a cute little town all in all. 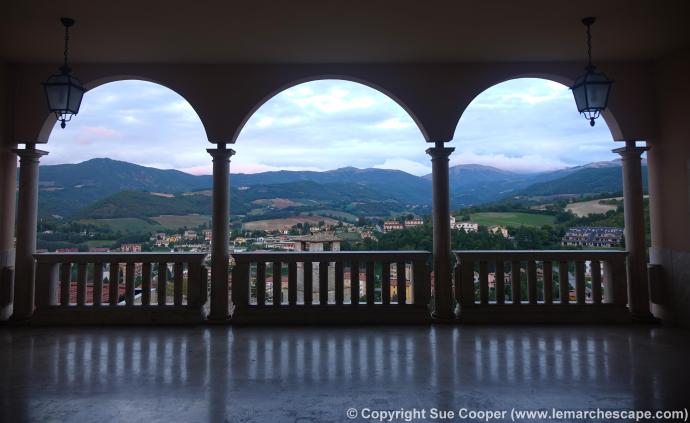 And there some fabulous views in Cascia too.

And this was the commissioned pimped up mirror to cover some damage at the bottom of it.

My first attempt at trying to get star trails! Since that night it’s been cloudy very frustratingly!

I think that about sums up my last couple of weeks. I shall leave you with this picture of my cat looking sweet. 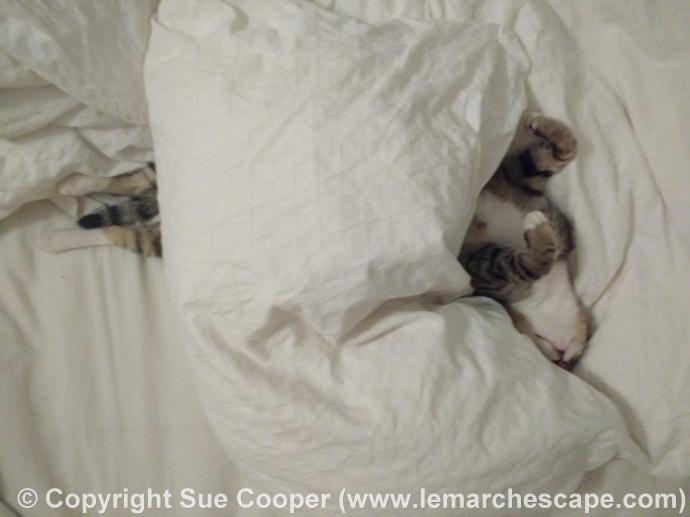 Batfink is not allowed in my bed. He knows this. We’ve been through it. Generally he’s an obedient sort but after a mystery disappearance following a bath last week, I managed to locate him. He wasn’t told off on this occasion because he’s been having a bad time of it with his dad, poor puss.

Hope you all have a good week!