Why not to get a bike, being Indiana Jones and chocolate festivals…

I hope you’re all well. I’m somewhat light on the photo front this week you might be pleased to know!

I had a flying visit to the UK last week. As usual it’s not ever quite enough time to get around everyone I’d like to but it was still lovely to see people. It wasn’t quite so persistently gloomy on the weather front either which was a nice change! In fact, when I left London it was gorgeous sunshine and when I arrived here it was raining… That never, ever happens! It’s always the opposite way around!

My cat Batfink (so named after the cartoon cat that had large ears… but he’s grown into his ears now and he’s a very handsome feline) seemed reasonably pleased to have me back. He’s hormonally active at the moment – I was told he was only supposed to have 3 weeks worth of err, hormones, but he seems to have fallen for his sister and they’re constantly hanging out together now. It would be quite cute if I wasn’t worried for the health of their future children. I was in charge of the neighbour’s dog today and we went for a walk up the road. Batfink came too, weaving in and out of my legs. I think I must look like a crazy cat lady to the locals.

I found an English language speaking group in Civitanova which I met up with on Friday. There was a good turnout with the majority being Italians wanting to practice their English and there was one other English girl. I’ll definitely go again, it’s just a shame it’s not a bit closer to Sarnano (it’s about a 50 minute drive).

Just before I left for the UK I bought a bike. It’s probably 20 years since I rode a bike (apart from one outing in Richmond Park). Anyway, let me tell you!!….. Buying a bike, when you live in the mountains and you live in a country known for the crazy drivers, is the silliest idea ever. I don’t know what possessed me. I have ridden up and down the road a few times on it which is absolutely exhausting and alas far less than a kilometer. Not to be defeated though, on Saturday I went to Abbadia di Fiastra, a lovely, large, flat (woohoo!) park and cycled for about 8km. It’s a great place to go to cycle because it’s all off-road so there’s no imminent danger of being hit by a car. However, I’m not used to cycling and by Saturday night, I felt like I’d been hit by a car anyway! Why do they make the seats so horribly uncomfortable?! I definitely bought the wrong bike – I want to be upright, with a basket on the front (and perhaps with a motor)! Still the deed is done so I better try and get a bit more in shape for it over the next few weeks.

On Saturday evening, I went to see my first play here in Italy. It was Madame Bovary at Civitanova Alta. I didn’t know quite what to expect. All the towns here have dinky little theatres. Having lived in London with the massive professional productions that often carry on for decades, I was expecting, well, less to be honest. However, it was anything but. It was very well performed, with excellent actors and a really creepy and original way of portraying Madame Bovary’s daughter. All-in-all, it was very impressive and I’m a bit sad that it was only being performed for one night, particularly after it must have taken months and months of hard work for them to prepare.

Sunday, rather than not get out of bed (everything ached!), I went for a walk around San Severino with a friend. San Severino is a lovely little town and it’s surrounded by hills (or rather mountains the size of Mount Everest for someone that is already aching everywhere). Walks in Italy are never straightforward. I had a book with me which described the walk, and we had downloaded a GPS map and there was also the occasional sign and yet still it wasn’t clear where we were supposed to be going! Still we made it back. The whole walk took about 5 hours. It was 19km with a climb of about 1km. As exhausting as it was, it was a really nice walk and it was good to see the Eremo di Sant’Eustachio, a monastery built in the 11th century that was partly carved out of the mountain. I felt a bit like Indiana Jones wandering around there. There’s also a lot of caves dotted around and the ruins of a mysterious round looking tower. On the whole, it was very interesting.

See what I mean about feeling a bit like Indiana Jones discovering some secret lost temple?! 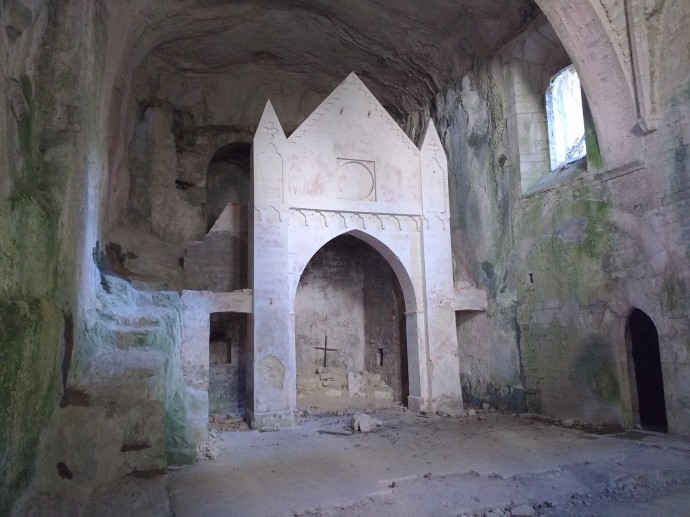 This was the inside. There’s more rooms underneath and to the side of the Eremo, a cave that looks as if something interesting used to go on inside!

I think I must have burned off a reasonable number of calories over the weekend but after the walk, we discovered a chocolate festival in San Severino so the diet all went to pot. Still, I can highly recommend you all try white chocolate ice-cream and chocolate orange ice-cream 🙂 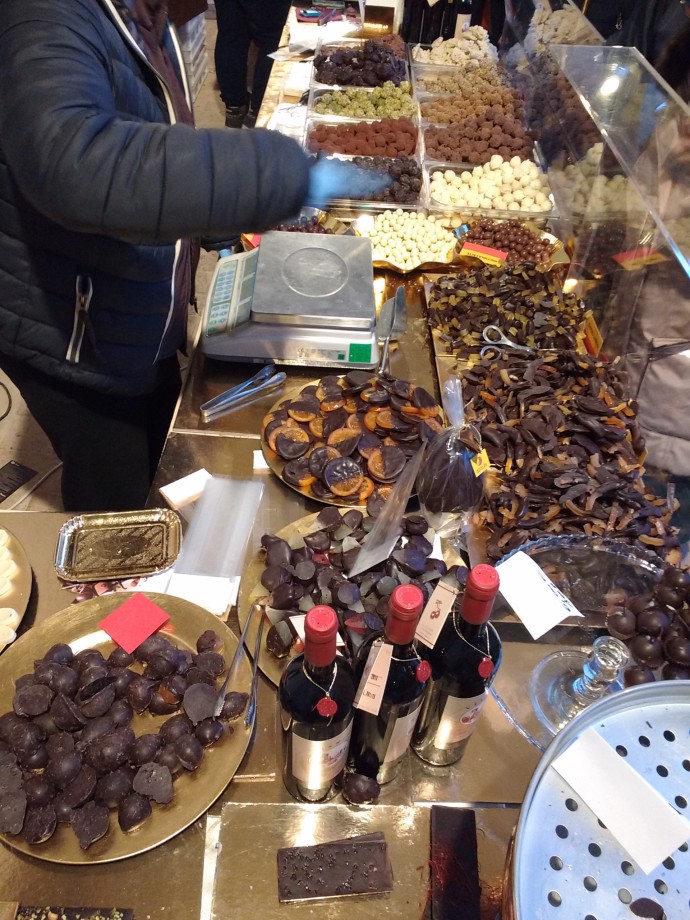 In other exciting news, I’ve been invited along on another Blog Tour so I’m excited about that 🙂 More details to come as and when I get them but it’ll be in June. I’ve also got a few friends lined up to visit me later in the year which is going to be good.

And I’m famous! I’ve had an interview published on http://www.expatfinder.com – I wrote it probably over a year ago so it’s somewhat out of date but still, I’m famous! Click here for the interview.

Anyway, I hope you all have an excellent week.

3 thoughts on “Why not to get a bike, being Indiana Jones and chocolate festivals…”